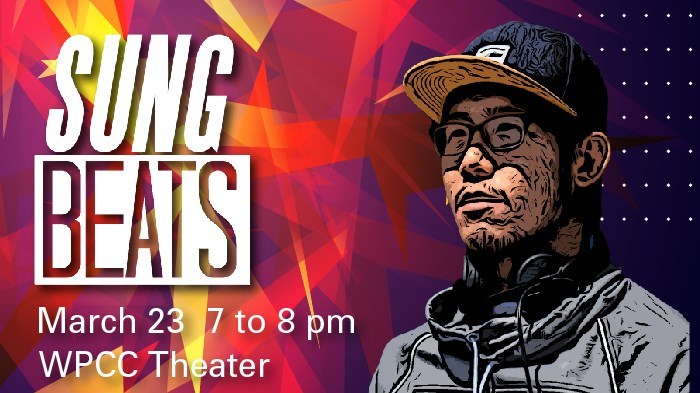 Award-winning beatboxer and live loop extraordinaire, New York-based SungBeats has been developing his craft over 13 years. Equipped with nothing but a microphone and a loop pedal, he uses only his mouth to create organic, engaging, high-energy music through an intricate process of sampling vocal sounds live in real time. From hip hop to reggae to electronic dance music, Sung does it all – literally with his voice. He is best known for winning the 2014 Grand Finale of “Amateur Night at the Apollo” at the historic Apollo Theater in Harlem. He also placed first in “Kollaboration Star 2014,” the nation’s premiere Asian American talent competition. Sung has competed in beatbox competitions at the highest levels, both nationally and abroad, and has even represented the United States at the 2015 Grand Beatbox Battle in Switzerland.

Masking and social distancing will be required through the duration of the show.